Our latest podcast is the first of two podcasts exploring one of Larkin’s major contemporaries, Sir John Betjeman, to coincide with the publication of Jonathan Smith’s book Being Betjeman(n) (Galileo Publishing) 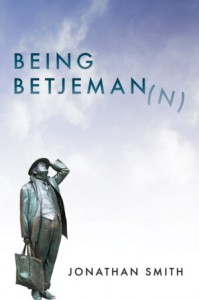 Lyn is joined by Jonathan as he discusses his long term love of Betjeman, beginning in the 1960s where he hid his copy of Summoned by Bells to avoid being sneered at by his ‘cooler’ friends at the time, to his creative responses to Betjeman in book and play form. 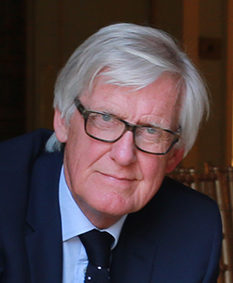 Lyn and Jonathan talk about the life of John Betjeman and his wider cultural significance, Betjeman’s many connections to Philip Larkin, and Jonathan’s own very personal relationship with Betjeman and actor Ben Whitrow, who played Betjeman in Jonathan’s plays. Jonathan reads the moving poem, ‘Devonshire St, W1’. They also discuss a range of other Betjeman poems such as ‘5 O’Clock Shadow’, ‘Death in Leamington’, ‘Varsity Student Rag’, ‘At Pershore Station’, ‘Summoned by Bells’ and various Larkin poems such as ‘The Whitsun Weddings’ and ‘Church Going’. Along the way, they bring in Evelyn Waugh, Andrew Motion, TS Eliot, Ezra Pound, Barry Humphries, Kenneth Williams and the Carry On team, Grayson Perry, the ‘English Eccentric’ and the Monitor documentaries.

Our next Betjeman themed podcast is planned to come out in Feburary 2021 and Lyn’s guest will be Greg Morse, who’s way into Betjeman is through a shared love of trains and English architecture. So dust off your teddy bears and tennis rackets and immerse yourself in the world of Betjeman!

Available on all major podcast streaming services such as Apple i-Tunes and Anchor.fm..