To celebrate five years since the Larkin Toads hit the streets of Hull, and to mark the 30th anniversary of Philip Larkin’s death, we’ve launched Toads Revisited, a programme of Larkin Toad related activities. Toads Revisited will begin on Wednesday 5th August, centred around the weekend of 8th and 9th August. We hope you can join us!

In 2010, ‘Larkin With Toads’ was Hull’s most popular community, artistic and tourism success and the questions most often asked of the Larkin25 team are ‘where are our toads now?’ and ‘when will they be back?’

The centrepiece of Toads Revisited is the new Toads Revisited Trail. A number of the original Toads will once again pop up on the streets of Hull, and Toad owners have been invited to add their Toad to the trail by opening their gardens, sites and grounds to visitors.

If Toads had Wings – the fantastical appearance of a gigantic, colourful, decorated Larkin Toad, floating high in the sky above the city centre, a specially commissioned helium filled inflatable toad, over 26ft wide! In association with Roots & Wings and Hull Daily Mail, we invited new designs for the decoration of the Flying Toad in a competition that was won by seven year old Hull resident Janette Dimitrova. Congratulations Janette!

Toad Tales – a competition was open to the people of Hull and the East Riding to write a short story featuring the exploits of one of the Larkin Toads – what have they been up to since the summer of 2010? We received more than 400 entries! A number of them have been chosen for a children’s book which will be published by Wrecking Ball Press and illustrated by local artist Alice Beasley. Toad Tales will be available to buy in August.

Toads Revisited Exhibition: Held at the Exhibition Hall at Larkin’s former workplace, Brynmor Jones Library, University of Hull, visitors will get the first glimpse of a brand new toad – Library Toad – created by Rebecca Dennison. There will also be a display of illustrations from the new Toad Tales book, plus designs from the winner and runners up in the If Toads Had Wingscompetition.

Sounding the Larkin Trail: An evening of performances of new site-specific musical compositions inspired by – and situated at – key locations along the Larkin Trail (www.thelarkintrail.co.uk). Held on Sunday 9th August, the event will include a concert at Hull’s Paragon Interchange of songs that are musical reinterpretations and responses to Larkin’s work, and will conclude at Ye Olde Black Boy in Hull’s Old Town, the home of Larkin’s favourite jazz club. ‘Sounding the Larkin Trail’ is curated by local musician Dave Gawthorpe.

The Bike Library: A beautiful vintage bike with a library trailer full of poetry books will travel around various city locations, encouraging audiences of all ages to learn more about Larkin’s work through interactive sessions. The Bike Library’s tour begins in July and will continue until September, created by Artlink, in partnership with Park Bench Theatre Company and East Coast Bicycles.

Hull Businesses back the Toads – again!

Huge thanks to our sponsors:

An evening of classic documentary footage of Philip Larkin; poems read to camera by Larkin; Tom Courtenay reading ‘Here’, ‘Bridge to the Living’ and ‘This be the Verse’ in films by Dave Lee; Bob Geldof reading ‘The Old Fools’ in a moving animated film; and Ensemble52’s new time-lapse video installation work ‘Toads Redux’. 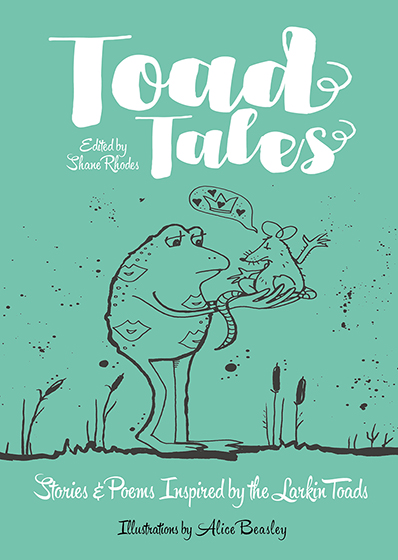 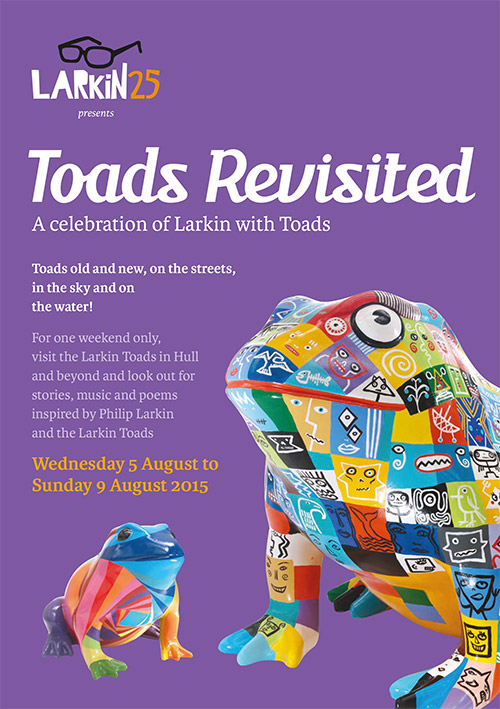 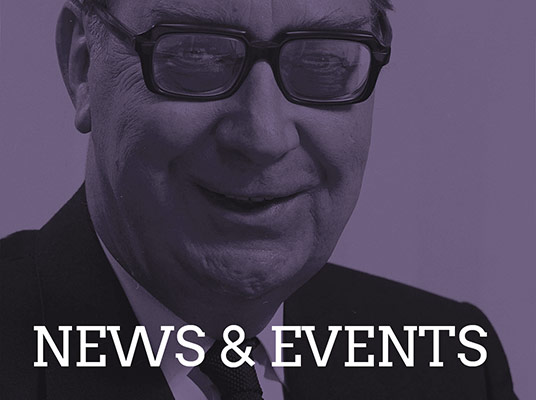