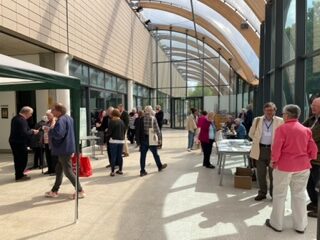 The Philip Larkin Society was delighted to host the AGM of the Alliance of Literary Societies in Hull over the weekend of 20 – 22nd May 2022.  The ALS acts as an umbrella organisation for literary societies and groups in the UK and provides support and advice on a variety of literary subjects, as well as promoting cooperation between member societies.

This was the first AGM to be held face-to-face for three years, following the disruption of the pandemic, and attracted over 50 delegates from a number of different literary societies, including some visitors from overseas.

In a weekend packed with activity, delegates were able to enjoy informal dinners at two of Hull’s best kept secrets, Hitchcock’s vegetarian restaurant in the old town, and the Minerva pub, once frequented by Larkin, as well as a tour of the University and parts of the Larkin Trail. 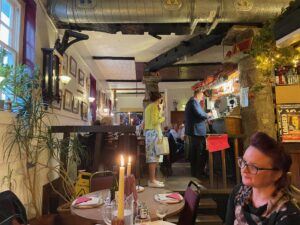 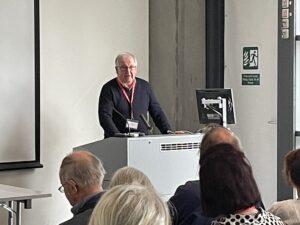 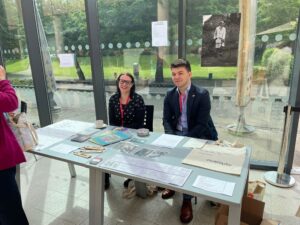 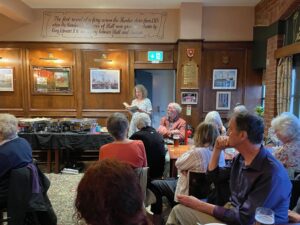 Readings at The Minerva. Claire Harman, President of the Alliance of Literary Societies, reads from ‘Letters To Monica’. 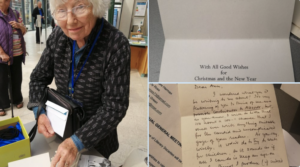 PLS Honorary Vice President, Ann Thwaite, with letters and cards written to her by Philip Larkin and now donated to the Brynmor Jones Library. 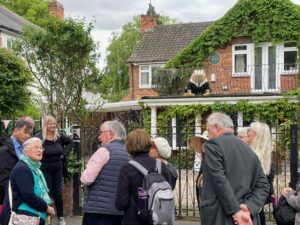 Outside Larkin’s house in Newland Park. 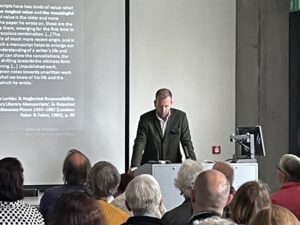 A recording of James’s talk can be found here.

Feedback from delegates, many of whom were visiting Hull for the first time, was highly positive as reflected in this comment:

It is marvellous to be surrounded by so many people who just want to talk about books. It is hard to pick out a favourite event but James Underwood’s talk, the visit to the university, and the walks to Larkin’s residences  were brilliant. And I found the (Ferens) City Art Gallery – it is a little gem.

It also inspired this blog post by the Siegfried Sassoon Fellowship.

We are looking forward to attending next year’s ALS AGM which will be in Winchester, hosted by the Charlotte M Yonge Society.