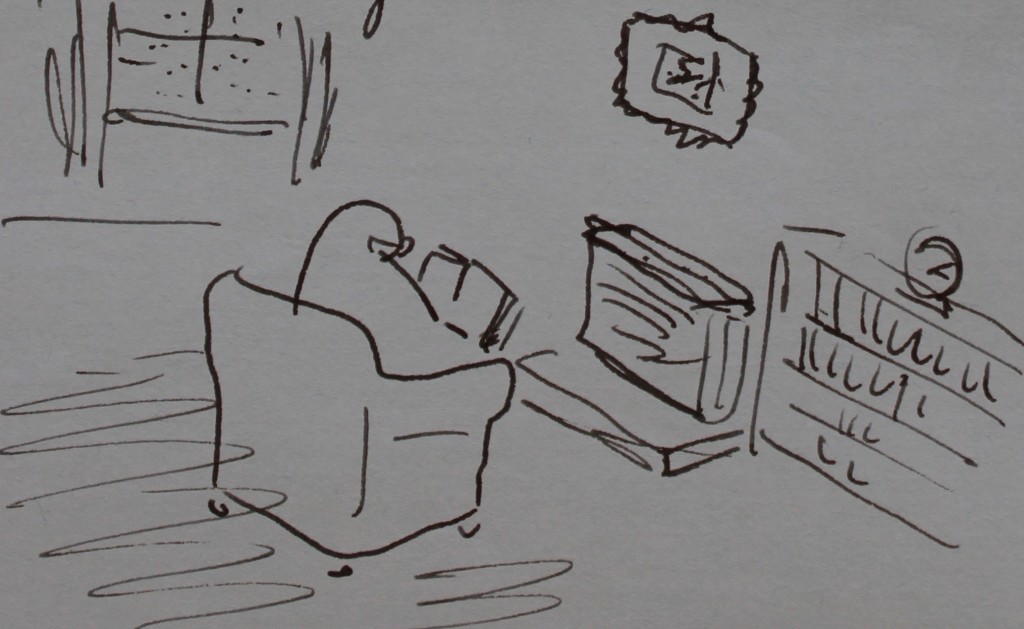 In these days of extreme, house bound, social isolation Larkin aficionados will be pleased to know that a wealth of Larkin-related material is available online to help pass the time and keep the spirits up.

Here is a, by no means definitive, range of sources…. Enjoy!
YouTube

YouTube is, of course, packed with material relating to Philip Larkin, including poetry, read by him and lots of others, and discussions. Most of the Larkin documentaries can be easily found too, including the 1962 BBC Monitor programme, ‘Down Cemetery Road’ featuring Larkin in conversation with John Betjeman: ‘Love and Death in Hull’, which has an extended interview with Ruth Siverns, Larkin’s twice time fiancee, and the 1982 South Bank Show, in which Larkin famously refused to appear in a face to face interview but allowed himself to be filmed from over his shoulder while turning the pages of one of his poetry workbooks. ‘Through The Lens of Larkin’ and Return to Larkinland’ are other joys.

‘This Be The Verse’

Larkin and his mother were great fans of ‘The Archers’ so this reading of ‘Church Going’ by Tim Bentinck who plays David Archer, is an absolute gem.

The 2010 ‘Larkin 25’ Festival marked the 25th anniversary of Larkin’s death and generated a whole range of work inspired by Larkin’s own creativity in the areas of poetry, drama, film, dance, visual arts, song, photography, public sculpture and art. You can get a flavour of it by viewing the archived web pages.

Following on from ‘Larkin25’, ’Sounding The Larkin Trail’ formed part of the ’Toads Revisited’ Festival in Hull in 2015 and involved a musical trail from Spring Bank Cemetery to Paragon Station ending up in Ye Olde Black Boy. It was put together by Dave Gawthorpe, a Hull musician, and part of the Hillbilly Troupe.

There is a wealth of Larkin related material available via the BBC Sounds App. The following are highly recommended:

I Was Larkin’s Magician

Alan Bennett on his love of Philip Larkin

This programme explores some of the key books published in 1946, including Back, by Henry Green, Jill by Philip Larkin and The Moving Toyshop by Edmund Crispin, the pseudonym of Larkin’s great friend, Bruce Montgomery.

Recorded during the BBC Proms season in 2014, Andrew Motion and Kate Clanchy discuss Larkin’s writing, and the 50th anniversary of the publication of ‘The Whitsun Weddings’.

The New Elizabethans In a series of programmes marking the Queen’s Diamond Jubilee in 2012, James Naughtie examined the lives and impact of the men and women who had given the second Elizabethan age its character. This episode focuses on Larkin.

Two fascinating programmes feature the poet Sean O’Brien. The first ‘I, By the Tide of Humber’ was recorded in the run up to Hull’s year as City of Culture in 2017 and reflects on the way in which the city’s water and landscapes have inspired poets like himself and Larkin. The second programme, ‘The Essay’ recorded during the BBC’s ‘Contains Strong Language’ Festival in Hull in 2018, features a comparison of the work of Larkin and Ted Hughes.

An episode of Alistair Cooke’s ‘Letters To America’ from 2003 has the presenter reflecting on Larkins life and, in particular, his attitude towards children.

The ‘Desert Island Discs’ archive is also well worth visiting, not only for Larkin’s own appearance in July 1976 but also that of his first biographer, Andrew Motion, in which he discusses his friendship with Larkin and includes Larkin reading ‘Here’ as one of his record choices. . Larkin’s great friend, Barbara Pym, appeared in July 1978 and  recalls how Larkin championed her when her books went out of fashion, leading to her being shortlised for the Booker Prize. Kingsley Amis appeared twice (which would not have pleased Larkin!) – initially in May 1961 (episode not available) and again in November 1986. He discusses meeting Larkin for the first time at Oxford, their shared love of jazz and the influence Larkin had on ‘Lucky Jim’ (though, typically, he doesn’t give his friend proper credit for this).

There is also a fascinating recording made of Larkin’s opening of the new Library at Leicester University in 1975 which reveals something of Larkins wonderfully self-deprecating humour:

‘Any librarian is bound to welcome a new library, and, if he should also be a spare time writer, he’s apt to feel like a director of Ladbookes on contemplating a new racecourse…’

Apart from our brilliant ‘Tiny in all that Air’ podcasts, there are several others featuring Larkin

Caroline Crampton’s excellent podcast covering the mysteries of detective stories includes an episode featuring Larkin’s favourite crime writer, Gladys Mitchell (the title of this episode, ‘The Great Gladys’ was Larkin’s nickname for Mitchell). In the second section of the podcast, Crampton discusses Larkin’s high regard for Mitchell’s work and for crime fiction in general.

A literary podcast ‘giving life to old books’. Episode 74, recorded at the 2018 Port Eliot Festival focuses on a discussion of A Girl in Winter

The March 8 2018 edition  ‘Writers and their mothers’ centres on a conversation with Dale Salwak about his anthology, ‘Writers and Their Mothers’  which includes discussion of Philip Pullen’s essay ‘No Villainous Mother – The Life of Eva Larkin’.